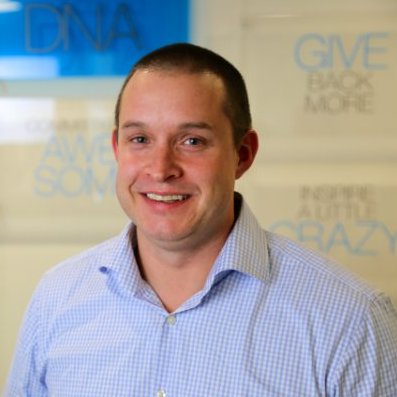 At the end of 2013, Acquia was named the fastest-growing private company in North America on Deloitte’s Technology Fast 500, a ranking of the 500 fastest-growing technology, media, telecommunications, life sciences, and clean technology companies in North America. The commercial open-source software company saw five-year sales growth of more than 84,100% and ranked second overall on the list. Acquia, which provides products, services and technical support for the content management system Drupal, grew its revenue from just $200,000 to $70 million during that time.

As the company’s CMO Tom Wentworth noted during his session at Marketo’s Marketing Nation Summit today, “There’s nothing like growth to put pressure on marketing and my challenge is finding ways to continue that level of growth.”

Tom approached the challenge he faced this way: One of the reasons why Acquia has been so successful is that there is a huge community of “nerds” out there who love Drupal. Every Drupal user is also potential Acquia customer.

Drupal is the world’s largest open source platform and 2X the size of the Linux developer community:

How could they leverage that massive community of passionate, loyal Drupal fans and turn them into customers?

Ultimately, Tom and his team decided to launch an advocate marketing program called the Acquia Insiders with the following goals:

While Acquia’s Customer Marketing Manager is the primary administrator of the program on a day-to-day basis, people and teams from across the organization take ownership of customer advocacy, including Marketing Programs, Corporate Communications, Customer Onboarding, Account Management, Product and more.

Recruiting customers, partners and fans to be advocates

The folks at Acquia examined their customer base carefully to identify likely advocates and invite them into the program. Through this process, in addition to the usual suspects, they also uncovered advocates they didn’t know about before and started to build stronger relationships with previously unengaged customers – a huge win for the company as a whole.

“When it comes time for renewal, we see if the customer is an advocate and whether they’re active or not,” Tom explained. “Customer advocacy is a data point that helps us predict if a customer will renew or not.” Targeted, relevant activities: Today, Acquia Insiders has more than 500 members who are segmented into various groups depending on their relationship with the company, such as developers or partners.

This segmentation allows Acquia to target each group with only the customer advocacy activities that are most relevant to them.

Rewards for Drupal geeks only: Acquia’s Customer Marketing Manager also keeps the company’s advocates engaged by offering rewards and recognition opportunities that are especially valuable for Drupal users, such as getting the opportunity to meet the founder of Drupal, Dries Buytaert, or a complimentary ticket to attend DrupalCon.

Friendly competition: It helps that Influitive’s AdvocateHub software has engaging game mechanics built right in, too.

“People are competitive: every time we issue a new challenge, our top advocates scramble to complete the challenge as quickly as possible,” Tom explained.

“They get points for doing a positive action and are ranked on a leaderboard. Often times advocates don’t even want to redeem rewards because they don’t want to go down on the leaderboard – it’s more important to them than the rewards!”

It’s easy to see why customer advocacy has quickly become a company-wide priority at Acquia: the early results from the Acquia Insiders have been incredible, benefiting everyone from the marketing and communication teams to the sales and product teams. Here are some of the highlights:

Early adopters: Recruited 24 beta testers, and solicited early reaction and feedback from 40 advocates during the early beta of DigitalDisruption.com. “We get feedback in hours after launching a challenge instead of days,” Tom said.

“One of our prospects started a thread on Quora, so we used our advocate marketing program to direct customers to answer this question. Within one day, there were 20 responses. Ultimately, the customer made a buying decision based on this thread and it continues to drive results.”

Up next for the Acquia Insiders